Mechanism of Ion Absorption by Roots 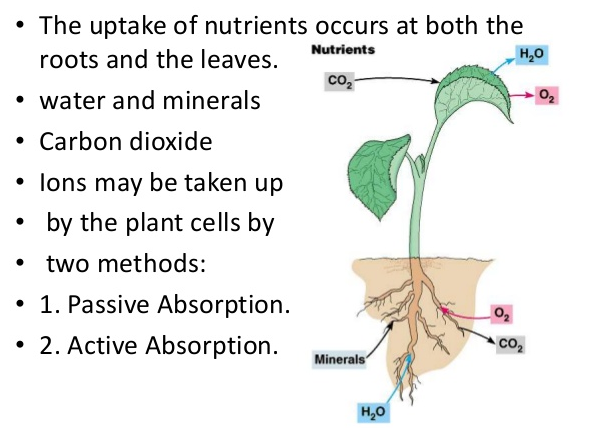 INTRODUCTION In view of the recent comprehensive reviews by Robertson (13) and by Hewitt (4) and because of the fact that detailed annual coverage of the subject is readily available in abstract form, it was felt desirable to confine this article largely to the basic feature of mineral nutrition, namely, Mechanism of Ion absorption by roots.

This Mechanism of Ion Absorption is performed without the use of metabolic energy. Here, the root works only as absorption or passive device. Therefore, it is sometimes referred to as “water absorption through the root” rather than “water absorption through the root”. Due to the opening of stomata and weather conditions, it occurs in plants that multiply rapidly during the day. The force to absorb water is generated at the end of the leaf, which is the transpiration effect. The main reason behind transpiration is to raise water along the axis of the plant, just as a person raises a bucket of water from the well. The transpiration withdrawal is responsible for drawing water at the end of the leaf, and the pull or force is transferred to the root via the water column in the wood texture component. Due to the strong cohesion between the particles, the continuity of the water column remains unchanged, and it acts as a rope.

The root simply acts as a passive absorption device. As transpiration advances, water absorption occurs simultaneously to compensate for water loss at the tip of the blade. Most of the water entering the plant is achieved through passive absorption. Negative transfer is not different from diffusion, it does not require energy input: the molecules move freely from higher concentrations to lower ones. Water will enter the plant through the root cells, which can be found in the roots where passive absorption occurs mainly. In addition, when absorbing water, minerals, and nutrients are also absorbed.

Understandably, over the past 30 years, there has been a growing interest in the process of mineral absorption by plant cells. From the point of view of practical agriculture, the absorption reactions are intimately tied up with nutritional and toxicity problems in connection with the growing of crops in soil. Also, since the process frequently involves the accumulation of elements in cells against gradients in chemical potential, the phenomenon of ion absorption is of considerable theoretical interest. Just as photosynthesis in plants has aroused the curiosity of physiologists and chemists in that it represents a transformation of radiant energy into chemical energy, so also is ion absorption of interest because apparently it involves a transformation of chemical energy into osmotic energy.

As the study of mineral uptake by plant and animal cells has progressed over recent decades, theories and mechanisms designed to explain the process have been proposed in abundance. These mechanisms fall roughly into two general classes; namely, (a) those which interpret the process in terms of special physical or electrical characteristics of cellular membranes, and (b) those which postulate regions with special chemical properties. In general, it can be said that the average life of these theories has been short because of the continual uncovering of new experimental evidence which has placed fresh burdens on or completely eliminated existing theories.

As matters stand at present, no proposed mechanism for ion absorption is universally accepted. Nevertheless, the salient features of the process have been reasonably well established for a variety of plant tissues. Thus we are at least in a favorable position to weigh and evaluate theories as they are proposed. More specifically, any theory of ion uptake by roots must be consistent with the following uniformly observed facts concerning the process:

The ion adsorption process requires metabolic activity by the plant (isotopic exchanges excepted). Onion accumulation occurs in the absence of respiration and other activities such as protein synthesis, etc. In general, the process is an attribute of tissues capable of growth although not invar.